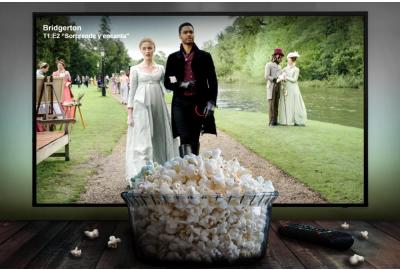 Posted in Baby
1 year ago
By Bella Baby

If you haven’t already stepped into the wonderful world of Bridgerton, then be warned because there may be some spoilers ahead. Set during the Regency era, the latest breakout series to hit Netflix follows London’s high society as they enter the competitive marriage market - also referred to as the ‘social season.’

With the mysterious Lady Whistledown allowing us to peek into their lives through her unconventional newsletter, we are introduced to the behaviour and lifestyle of those with the highest levels of wealth and social status, along with their related affiliations, social events and practices (which of course includes a scandal or two!)

But, with the season coming to a close - quite literally! The only natural progression for the Regency rich is to start having children. And with that, we thought what better way to help you choose your favourite baby name than by putting a list together with the most popular regency baby names inspired by the characters in Bridgerton.

And, of course, in keeping with the traditions of Lady Violet Bridgertonand her husband, we have listed these in alphabetical order.

For more baby name inspiration, take a look at the top list of baby names in 2020 that were inspired by Netflix.